On Friday, August 12th, the House of Representatives passed the Inflation Reduction Act (IRA). This was not a surprise, as the Democrats have majority in the House, but as the quote goes; “nothing is certain in politics”. With the passing of the IRA in the House, the final piece of the puzzle will now be the signature of President Joe Biden, which is more of a formality than an obstacle. The real victory came last week, when the IRA passed the US Senate by a vote of 50-50, with Vice President Kamala Harris serving as the tiebreaker. This enabled an historic deal for the fight against climate change, on which Joe Biden will soon put his signature!

So, why is this a big deal for CCUS? Well, in addition to the investments set of to lowering the national debt and enabling affordable healthcare, a historic $369 bln is set of for climate and clean energy investments. The bulk of the $369 bln support is aimed at maximizing the impact of technologies such as wind, solar, storage, nuclear and electric vehicles. However, CCUS and hydrogen also get significant support, and this comes on top of what is already received in the Bipartisan Infrastructure Law. The main change for CCUS is related to the 45Q tax incentive, which is summarized in the table below.

In terms of planned CCUS capacity, the US is already a leader with 200 MTPA of planned capacity in the pipeline. The new 45Q proposal is likely to both increase the probability of these projects reaching a positive FID, as well as adding additional capacity to the pipeline. Implications of the 45Q could be the following;

As mentioned, the enhanced credits would combine with CCUS elements of the 2021 Infrastructure Investment and Jobs Act which, through the Department of Energy, will grant $3.5 billion for carbon capture demonstrations, $3.5 billion to regional DAC hubs (of at least 1 Mtpa), $2.5 billion to carbon storage, $310 million for carbon utilization, $115 to winners of a DAC technology prize, and $100 million to winners of a carbon capture technology price. In addition, loans of $2.1 billion will be given to finance CO2 transportation. On top of that, the IRA also incentivises clean hydrogen through a production tax credit named 45V. With 45V, hydrogen production facilities can be eligible for a ten-year production tax credit of up to $3/kg. The 45V will evaluate emissions across the value chain, from feedstock to use, and renewable hydrogen (green hydrogen) will ultimately receive the final margin of max support. However, this could also support blue hydrogen projects going forward, given competitive gas prices for feedstock.

In total, the IRA accelerates the development of CCUS, putting emphasis on project deployment in the years leading up to 2030. With US already holding the leading position within planned CCUS capacity, the IRA can effectively enable the biggest pre-2030 CCUS market to materialise.

Note: This article has been written based on inputs from Bloomberg NEF, Rystad and Wood Mackenzie, combined with ACC reflections and insights. 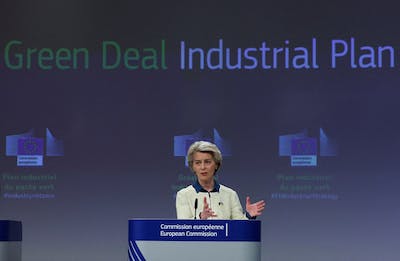 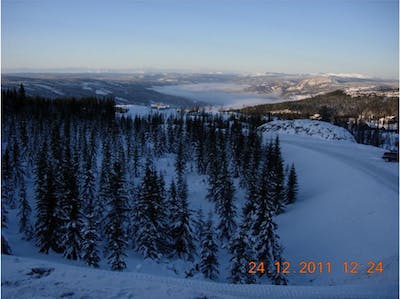